Skip to content
REDUCE THE RISKS, AVOID THE ITCH.
In celebration of Latex Allergy Awareness Week,
Get 4 Latex-Free Products for the Price of 3
Use Code LATEX-FREEB3G1 upon check out
Search

Three Common Clothing Chemicals You should Avoid (If You’re Allergic!)

While many people understand that a lot of chemicals go into the clothing manufacturing process, most aren’t completely sure of what these chemicals are – and why they could be harmful for those with skin allergies. The chemical treatments often leave residue on the fabric, which could then come into contact with skin, resulting in itchy, uncomfortable, and sometimes painful reactions. Here are three of the most common chemicals that go into clothes as they’re being made: 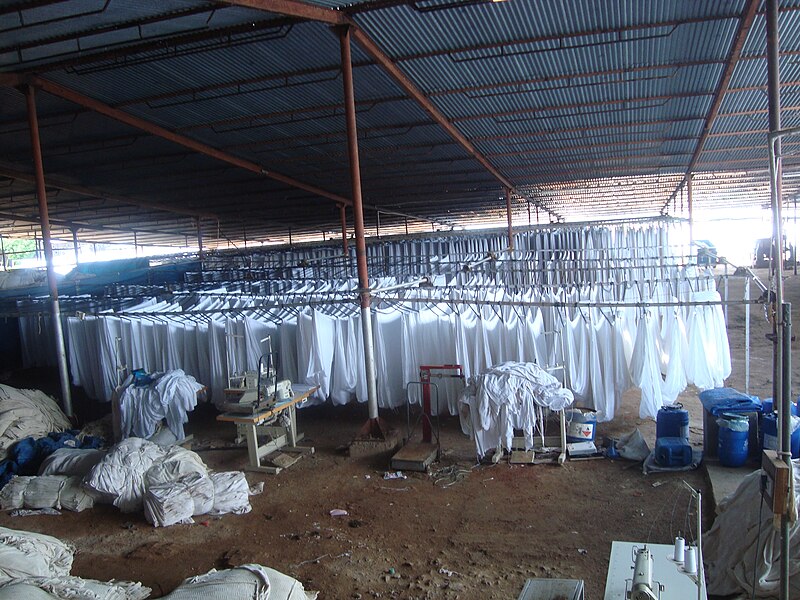 Towels being bleached during production. (Source)

Formaldehyde, which most folks recognize to be the preserving agent for those animal specimens we see floating in jars at biology labs, has multiple uses in clothes production. The chemical is used to prevent wrinkles, fight off stains and mildew, and preserve colors in clothing. Unfortunately, it’s also a major cause for allergic reactions, and has been identified as a possible cancer risk.

Sodium hypochlorite, known better to most households as bleach, is often used in the manufacturing process to make clothing stark-white, as natural cotton has a creamy tinge to it. The chemical – along with other bleaches – can cause severe irritation to the skin. In fact, the kind we see in household products is a very dilute solution, as the substance can be very harmful in stronger concentrations. A large portion of bleaches are chlorine-based, making it doubly dangerous for people who are allergic to chlorine.

Para-pheylenediamine is used mainly in fabric dyes because colors treated with the chemical tend to fade less quickly. Although it isn’t very toxic, it’s a widely known contact allergen, meaning direct contact with human skin should be avoided. A good number of allergic reactions from henna tattoos, for instance, are a result of para-phenylenediamine.

If your skin is sensitive to any of these substances, you should look into organic, untreated cotton clothing. These items are guaranteed to have undergone no chemical processes, significantly reducing your risk of exposure to these allergens. Organic cotton undershirts and organic cotton underwear are among the most useful pieces, as you can wear them as a protective layer under other clothes that would normally cause allergic reactions.

The best way to fight allergies, of course, is to be informed, so consult your doctor if you have any suspicious reactions to your clothing.